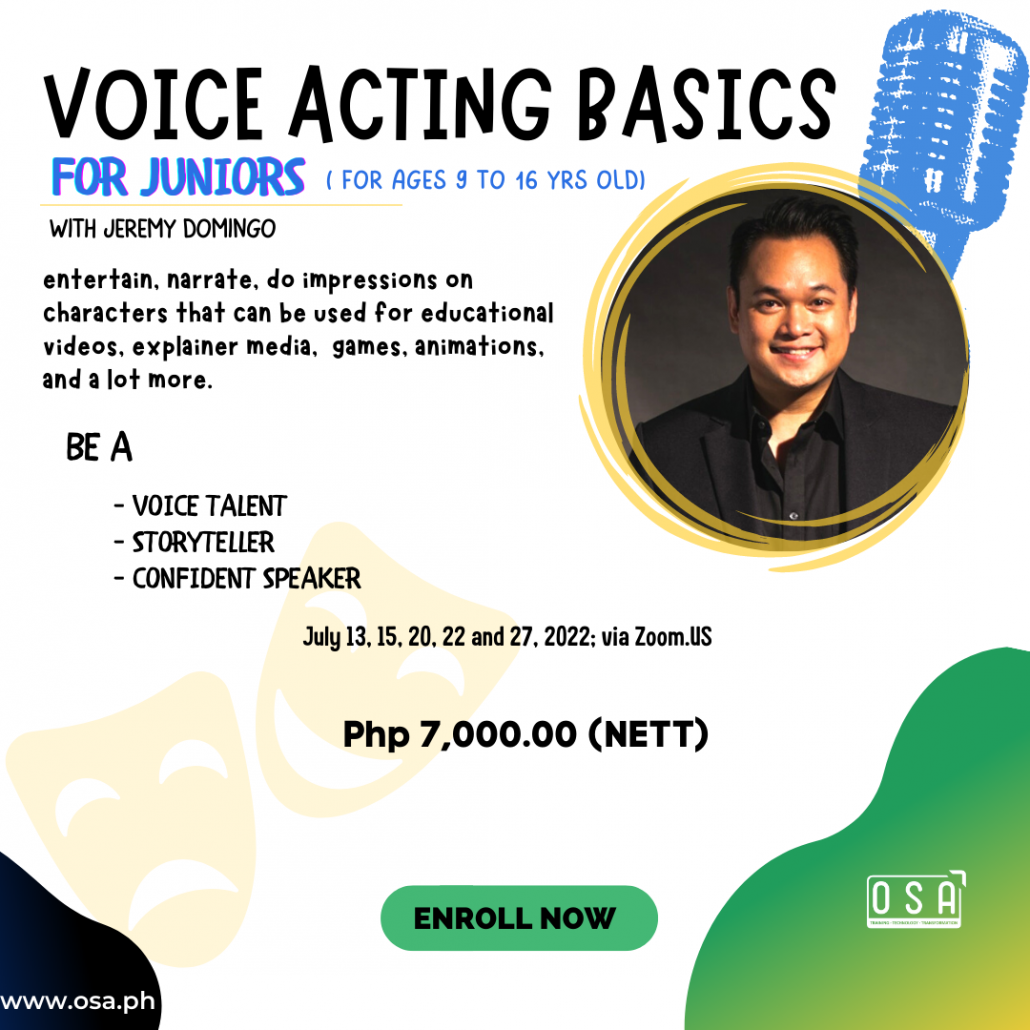 What we will cover: 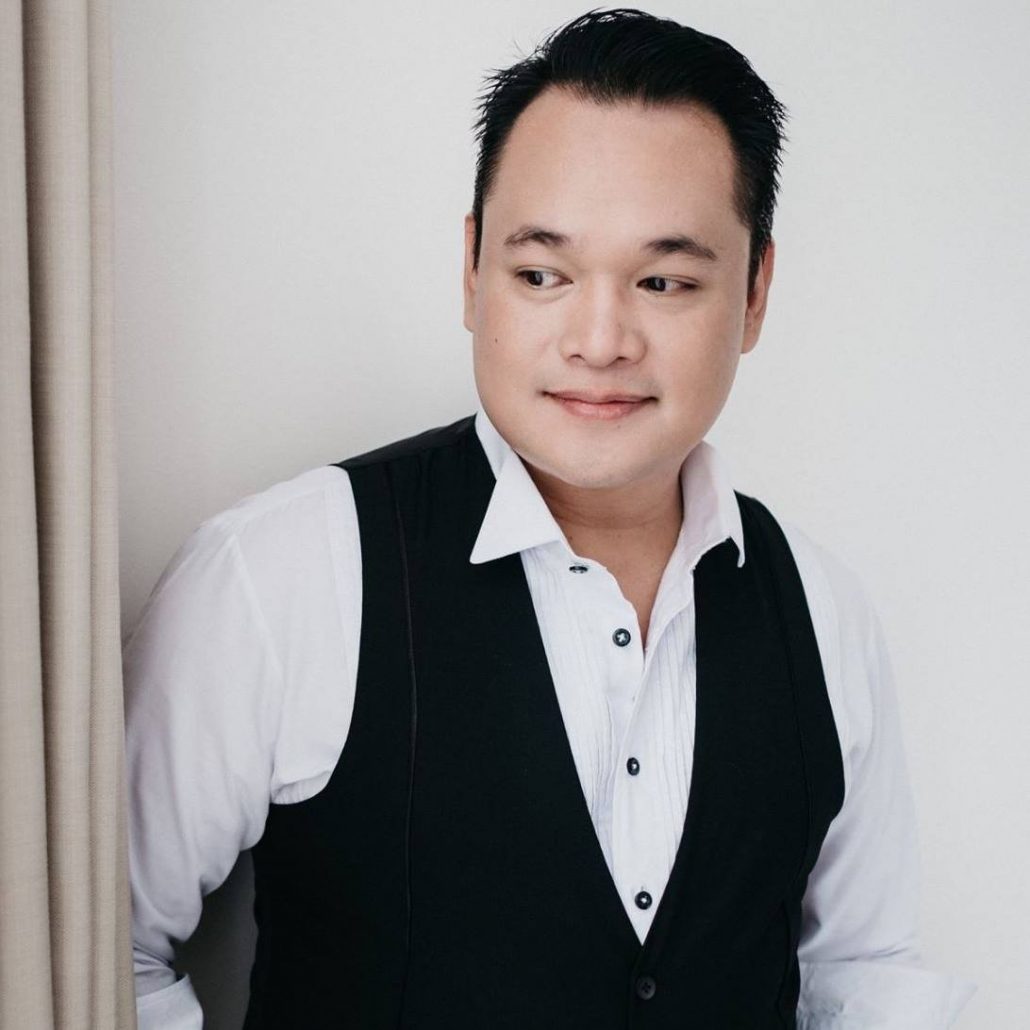 He has acted with Repertory Philippines and other theatre groups since 1990, in more than 120 plays. He was the station ID voice of Studio 23; radio DJ Dominic on 96.3 WRocK; children’s TV host for Disney Channel-Asia; and more recently, announcer for the 30th Southeast Asian Games and the ASEAN 50th Anniversary Summit.

Jeremy has recorded thousands of radio/TV commercials and documentaries since 1992, having appeared in TV ads for Pancake House, Boysen, Globe Telecom and more. He dubs international films, animation and TV series, records audiobooks online, and is currently a reader for Newsweek International’s weekly podcast.

A veteran instructor of performance, presentation and communication skills , Jeremy has conducted training with OSA and CAL, and coached at Accenture, SunLife, JTI and other companies. A faculty member of MINT (Meridian International) College in Taguig, he also teaches acting workshops for Repertory Philippines and VocAlliance.

What are the class schedules?

What is the flow of a typical session?

What type of assignments will be given and how will they be passed or graded?

What is/are the expected output?

This is a notification that can be used for cookie consent or other important news. It also got a modal window now! Click "learn more" to see it!

We may request cookies to be set on your device. We use cookies to let us know when you visit our websites, how you interact with us, to enrich your user experience, and to customize your relationship with our website.

Click on the different category headings to find out more. You can also change some of your preferences. Note that blocking some types of cookies may impact your experience on our websites and the services we are able to offer.

These cookies are strictly necessary to provide you with services available through our website and to use some of its features.

Because these cookies are strictly necessary to deliver the website, you cannot refuse them without impacting how our site functions. You can block or delete them by changing your browser settings and force blocking all cookies on this website.

We also use different external services like Google Webfonts, Google Maps and external Video providers. Since these providers may collect personal data like your IP address we allow you to block them here. Please be aware that this might heavily reduce the functionality and appearance of our site. Changes will take effect once you reload the page.