Why don’t employees act the way you wish they would? The answer will take a long time. But if what you are really asking is, “why do people act in such unpredictable ways?” the answer is simple: People do as they must. Their actions, which may look irrational to someone who doesn’t understand them, are in reality very logical.

If you could peer into people’s backgrounds and into their emotional makeup, you’d be able to predict with startling accuracy how one person would react to criticism or how another person would act when told to change over to the second shift.

Like a dog who’s been scratched by a cat steers clear away from all cats. Employees who have learned from a manager that the only time they are treated as human beings is when the workload is going to be increased will be on the defensive or cautious when a new boss tries to be friendly. To the new leader, such team members’ actions may look absurd, but for them, it’s the only logical thing to do.

People behave differently because of their uniquely different backgrounds and personalities.

So as it goes, each person is the product of parents, home, education, culture, social life, and work experiences. Consequently, when leaders deal with their team members, they are dealing with people who have brought all their previous experiences to the job.

Thus, each person is different. Each is a distinct individual. In detail, one’s reactions will be different from anyone else’s. But to understand human relations, we must first know why people do things before you can predict what they will do.

Say for example that Marvin dislikes his job because it requires a certain level of concentration, you can make a considerable guess that you will find more resistance from him when you offer another job that requires more complex tasks. Or if Jane, who is known to be a great people-person, a leader can predict that it will hard for her to take on roles in an isolated area.

The important tool in dealing with people is the recognition that although what they do is likely to differ, the underlying reasons for their doing anything are very similar. These reasons are called motives or needs.

Each person’s personality is uniquely different from anyone else’s. It results from his/her own nature and nurture like schooling or lack of it, neighbors, peers, work and play experiences, parents’ influences, religion, etc.

From these influences, people learn to shape their individuality in a way that enables them to cope with life’s encounters, with work, with living together, with age, with success and failure. As a result, personality is the total expression of the unique way in which each individual deals with life.

Having laid down these facts about individualities and varying personalities in the workplace, leaders need to learn how to effectively delve deeper into each of their team member’s motives and wants. They may vary depending on each’s personalities and preferences, but as soon as the leader identifies and embraces these aspects and aligns motivations with his/her people, motivation follows. 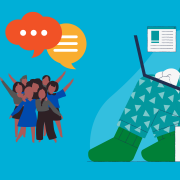 IN A NUTSHELL: Leading and Managing Virtual Teams 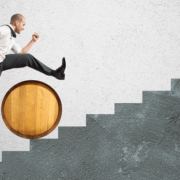 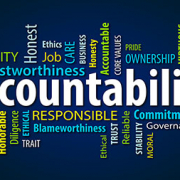 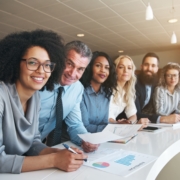 MOTIVATING PEOPLE | What People Want from Life and Work 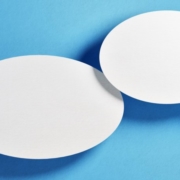 The Art of Questioning During Difficult Conversations 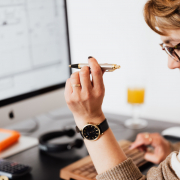 Want to join the discussion?
Feel free to contribute!

The Art of Questioning During Difficult Conversations
Scroll to top

This is a notification that can be used for cookie consent or other important news. It also got a modal window now! Click "learn more" to see it!

We may request cookies to be set on your device. We use cookies to let us know when you visit our websites, how you interact with us, to enrich your user experience, and to customize your relationship with our website.

Click on the different category headings to find out more. You can also change some of your preferences. Note that blocking some types of cookies may impact your experience on our websites and the services we are able to offer.

These cookies are strictly necessary to provide you with services available through our website and to use some of its features.

Because these cookies are strictly necessary to deliver the website, you cannot refuse them without impacting how our site functions. You can block or delete them by changing your browser settings and force blocking all cookies on this website.

We also use different external services like Google Webfonts, Google Maps and external Video providers. Since these providers may collect personal data like your IP address we allow you to block them here. Please be aware that this might heavily reduce the functionality and appearance of our site. Changes will take effect once you reload the page.